Old School Survival Boot Camp is proud, honored, and generally entirely pleased to announce that Rick Austin and his lovely wife Survivor Jane will be the keynote speakers at this year's event. 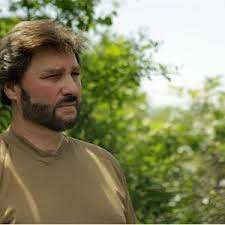 Rick Austin- the Survivalist Gardener, is one of the world’s premier survivalist, preparedness, and off grid homestead living experts. He lives with his wife Survivor Jane, and they have been featured on numerous national and international television shows and magazines, about their life for the past 12 years on their off grid homestead, where they grow all their agriculture in a sustainable camouflaged food forest, without fertilizer, pesticide, or weed killer. They also raise discrete sustainable livestock, and raise 90 animals on less than two acres, that provide them with all their protein needs.
Both Rick and Jane are authors of several books, as well as the founders of the largest national preparedness and homesteading event in the nation each year, Prepper Camp. The event teaches others how they can live off grid on a small amount of acreage, and produce all the food and medicine that they and their family need, the way nature has been doing so for millions of years, without chemicals or pesticides.
They will not be able to make the journey from their home in the mountains to the Hocking Hills, but will be zoomed in to the stage at the fairgrounds so they can share and interact with Old School Survival Boot Camp attendees virtually. 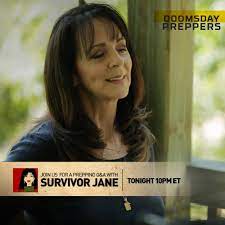 Rick and Jane have not only been my self-reliance mentors, but dear friends who have taught me and countless others so very much about survival homesteading - Tara Dodrill
The Old School Survival Boot Camp is being held in the Hocking Hills region of Ohio May 14-16, 2021. There will be more than 50 hands-on, bushcraft, homesteading, off grid living, herbalism, self-defense, martial arts, and survival classes being taught by over 30 experts from around the country. www.oldschoolsurvivalbootcamp.com

If you have not watched "The Giant Beast Within That Is The Global Economy" with Kal Penn from "Harold and Kumar" fame, Rick Austin amazing in that Amazon Prime feature, as well.

on April 08, 2021
Email ThisBlogThis!Share to TwitterShare to FacebookShare to Pinterest

View my complete profile
3 Days That Could Change Your Life!
Survival homesteading skills for the modern world. Learn how to provide for and protect yourself and your loved ones both now and during a SHTF disaster.
A 3-day interactive weekend camp filled with demonstrations, immersion courses, and hands-on experiences both at the main venue as well as at On Guard Defense, Raccoon Creek Outfitters, and a Secrets of the Amish farm tour.
Courses and experiences offered are designed not only for newbie preppers but for experienced self-reliance folks, as well. This is not an expo, it is a way of life!